rich73 wrote:Hi Garry,
I agree, the price of the new Fuchs really seems quite sensible. 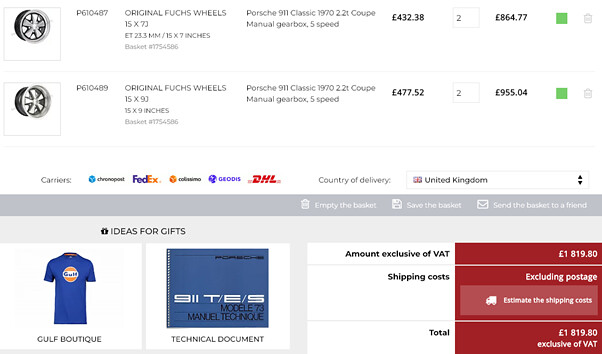 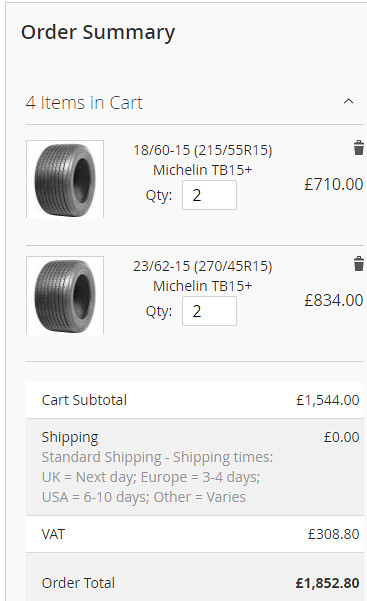 If anyone has a worn out set they'd like disposed of then please let me know.

Yikes, that’s what I pay for a set of super soft hill climb slicks.

Hang on, mine only do 100 miles in their lifespan, those TBs really are good value!!

'You see Paul, hill climbing is like making love to a beautiful woman. You get your motor running, check your fluids, hang on tight and WHOA..30 seconds later it's all over!' Swiss Tony
Top

I suppose that you get a few goes though unless its a really big hill!#

Just back from holiday and getting up and running again. Trying not to get too distracted from the bodywork but decided to get the engine out of storage. 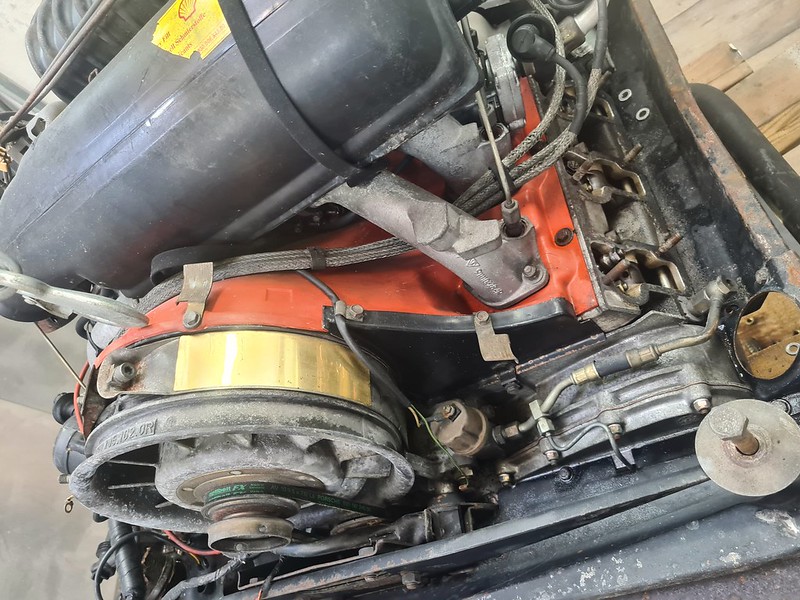 Its a 930/10 that I picked up a few years ago with no history. It took a while to find so decided I'd really like some confidence there was nothing terminal wrong with it so I can start looking for another one if I need to.

Took the sump plate off first, no bits of metal dropped out just some surprisingly clean oil. From what I could see thinks inside looked really clean. 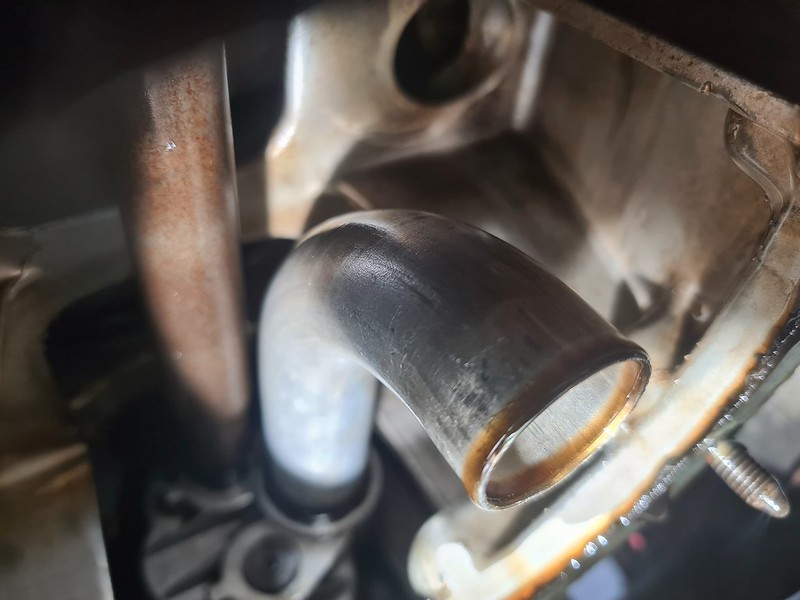 Valve covers off next and all looked well, haven't checked properly but looks like no broken head studs and cams look happy. 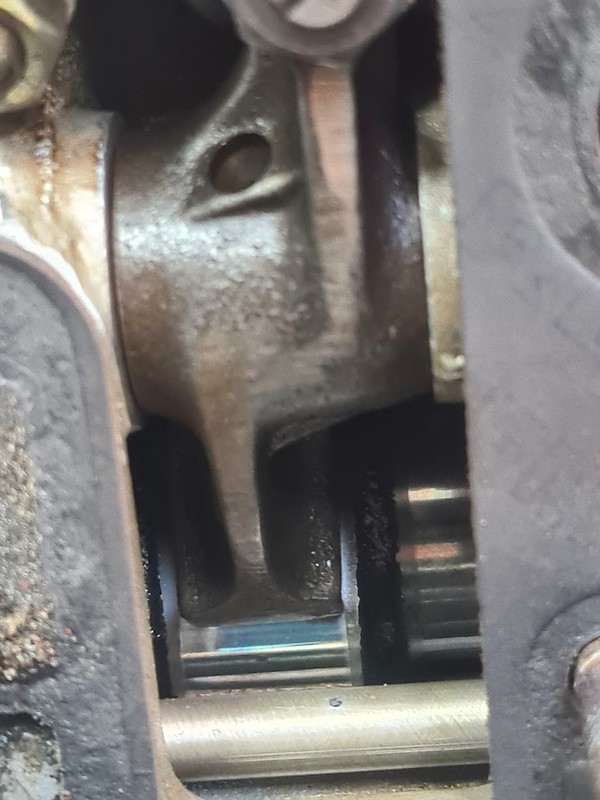 I'm really tempted to try and get the engine running out of the car but I know nothing about CIS so worried I'd would end up spending a lot of time on it, although the CIS system may be more sellable if I can show it running.

I know that they should be done on a warm engine but I'm wondering if its worth doing a leak down test as a final confidence test that there's critically really wrong with the engine. The testers seen to be available for around £60. Thoughts welcome.

I've always assumed the engine would need a full rebuild and recently got a price of just less than £10K for a standard build but I'm quite tempted to run it for a while first when the cars on the road. There's always the change it might be OK or even just put off the spend for a while.

Still haven't decided what to do about the induction system although I don't want to go the MFI route.....(yet) I was initially planning to get a 40mm PMO carb kit but that was when the exchange rate was much more favourable and I was travelling to the US on a regular basis. I saw that Jenvey are releasing a plug and play kit soon with their Heritage throttle bodies, ECU and a base map. The aim is for a reliable, drivable, maintainable car so this is quite appealing. The plan is to use the car on longer trips do reasonable MPG would be nice. I'm guessing that the kits will be around £10K but lets see.

If anyone has a parts list including recommended ECU, required inputs/sensors to work with Jenvey throttle bodies id be really grateful thanks?

Hoping to get the rear ARB mounts dome tomorrow, might get the CIS system on sale too before I start to tinker with it.
Top

Got a bit distracted by the engine today, fitted the gearbox and starter and got it turning over. Its turning over smoothly but does seem a little slow which I'm presuming is due to the starter as I powered it from a running car on the drives with decent jump leads. 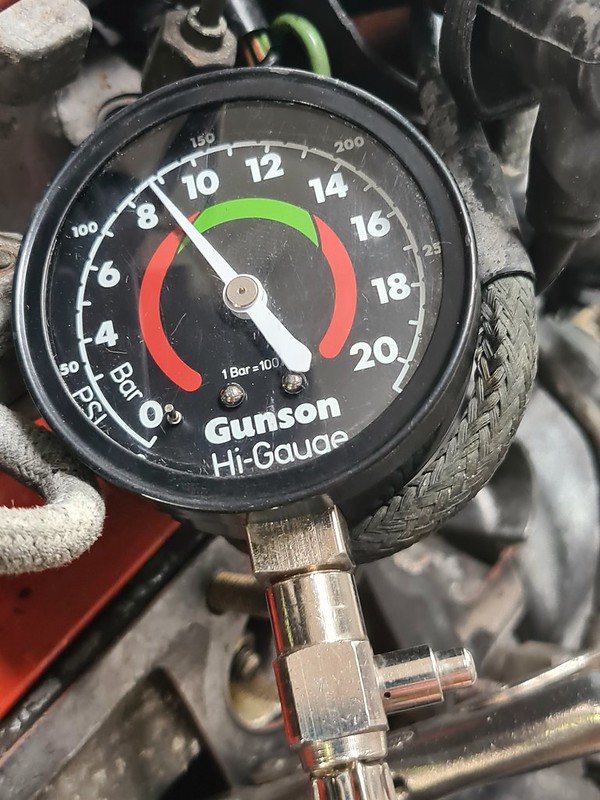 I don't trust the actual values indicated on the cheap gauge but thought it worthwhile doing as a relative test.

On the cylinder with 100psi I did try quirting in some light oil and this brought it up to 130 psi.

I'd be grateful for any advice on what do next.

Should I get a better compression tester to get some more accurate results?

Is anything above 100psi good enough to run the engine for a while or really should I just get it booked in for a rebuild?

Is it worth doing a leak down test?
(The testers I've looked look they would be difficult to attach as they don't look long enough.)

I don't know what your plans are but I would be tempted to get it running as is? Those pressure values are ok?

Sent from my M2004J19C using Tapatalk

“A REMINDER. I would be grateful if those members who have borrowed bits from me in emergencies (e.g starter motor, oil cooler, etc) would return them and/or contact me”. – Chris Turner RIP
Top

Not an expert but run it for a while and re-test. Also, retest while warm. Check plugs after some driving. Compression may all come up to 130 once oil is fully distributed.
1970 911T, Signal orange (Restoration thread)
1988 3.2 Carrera backdate, Black
2001 996 Turbo, Lapis blue (am I allowed to put that here?)
I'm looking for a pre-impact bumper 911S or other high-revving 911 to restore - please let me know if you see one.
Top

Thanks for you thoughts,
I think that's the direction that heading too, apparently it really needs to be warmed up for a leak down test anyway so even if I tested it now the results were poor is still be wanting to retest warmed up.
Had a look inside as far I could from the bottom and it really looks clean inside. Not the most scientific but the little sludge I could find I dissolved in brake cleaner and did some panning on one of our finest Ikea plates, nothing remotely metallic could be seen. 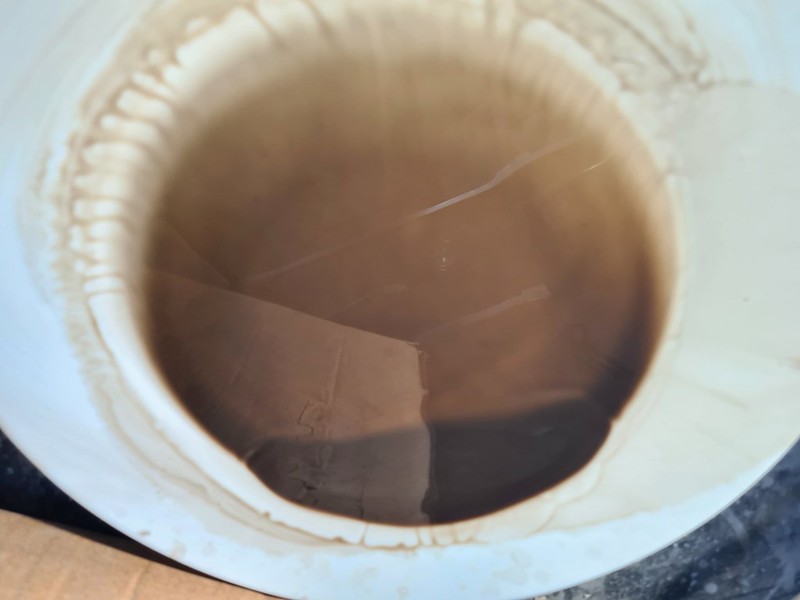 IMHO, run as it is.
This also tests all the other parts on the engine, then make your mind up.

Thanks for your thoughts,
I my even run it before I put it in the car. Its sat on my engine lift at the moment and I was thinking it wouldn't take much to turn it into an engine test stand and was suppressed I hadn't seen it done before, I then went to go look for some other info on the web and this image came up. 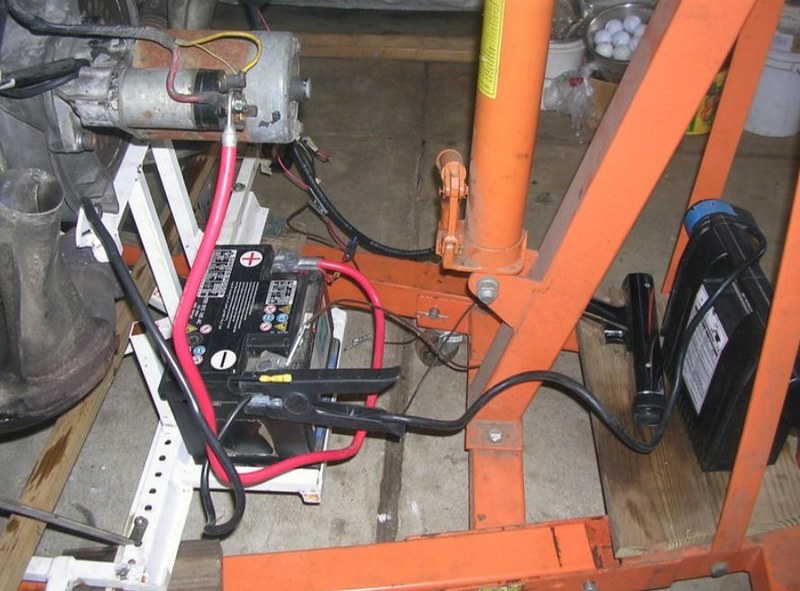 Rear ARB mounts now fitted, took quite a long time trial fitting the rear suspension and doing lots of measuring but pretty confident in the position. 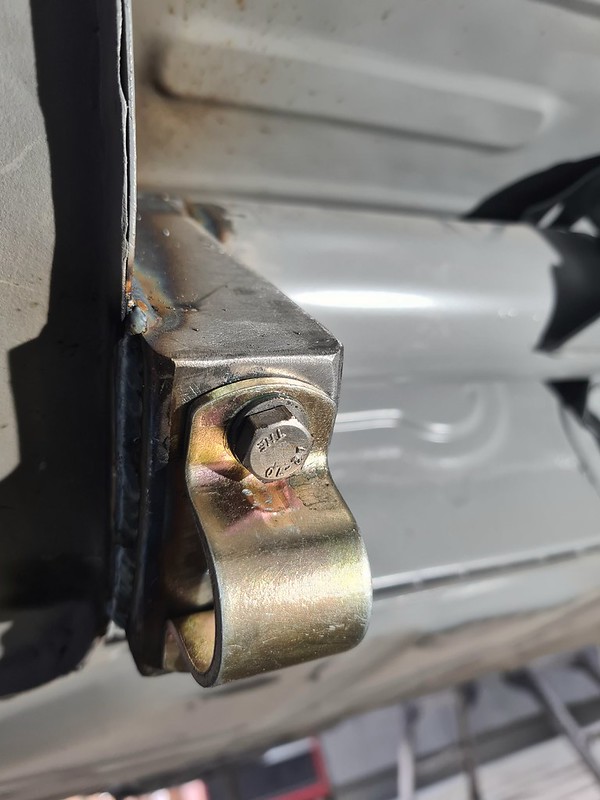 Trying not to get too sidetracked by the engine but repaired the bargain faulty CDI unit that I got on ebay and we now have spark! 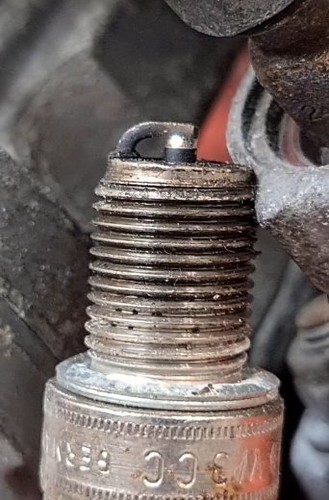 Making steady progress,
The interior is now seam sealed and I've given it a coat of Raptor. Used a spray gun with a 2.0 tip and got an almost smooth finish that I'm happy with. On reflection I should have used black but I'll give it second coat of black Raptor before the satin black 2K. 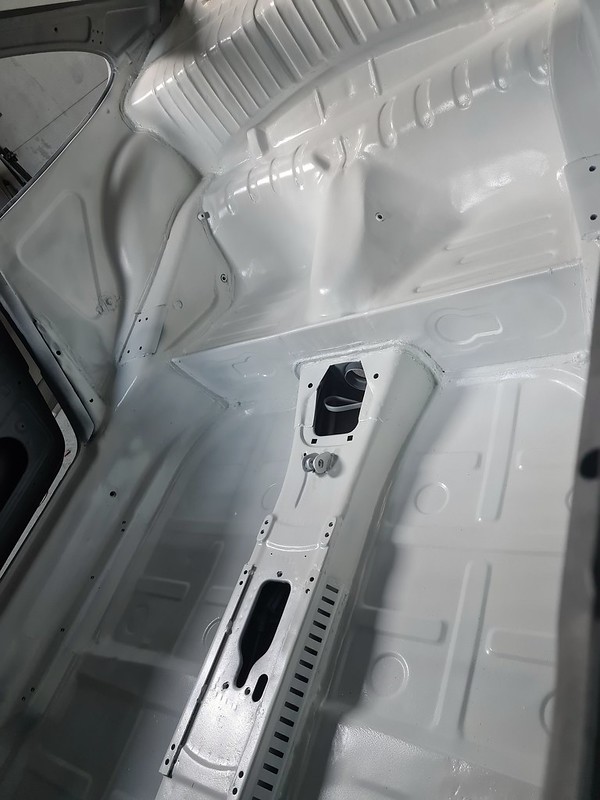 Next step for the shell is to finish the Seam sealing and then do the coats of Raptor sprayed smooth with the 2.0 gun again. I've just received the 2K epoxy primer from paints4u (great supplier) that they've tinted white, the shell will get a coat of this and I'll use a black guide coat before sanding ready for the top coat.

Plan is that the shell will wait until the new year for top coat but I'm going to get messy jobs like media blasting and plating of components done first so that I'm just dealing with shiny bits next year.

Also getting some admin jobs done like sorting the paint supplier, thanks for the recommendation for Nexa EHS Turbo Plus 2K Darren, Autopaints Brighton can do 8 liters with activator and thinner for £550 which is about half of what I was expecting to pay. 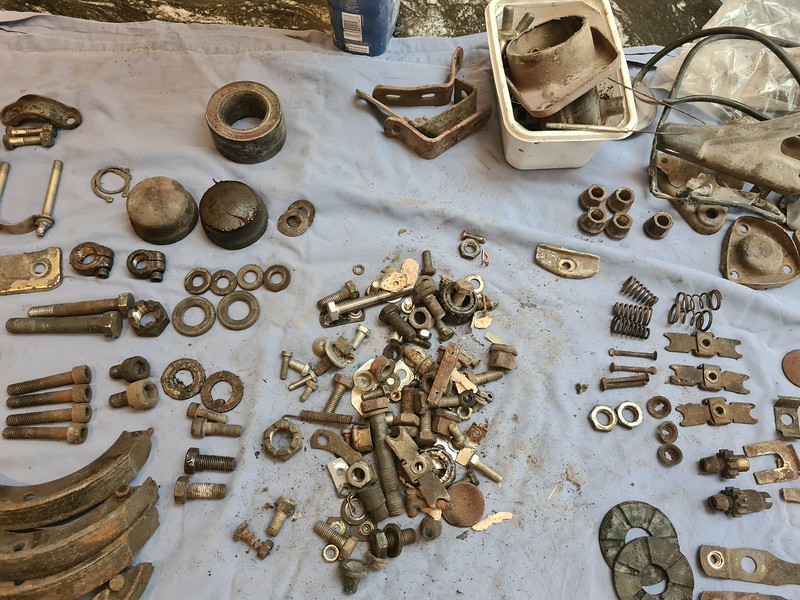 Oh and might take a couple of weeks out do Safari the 3.2, single roof bar and 1 inch lift doesn't seem quite enough now that Porsche are releasing the Dakar. 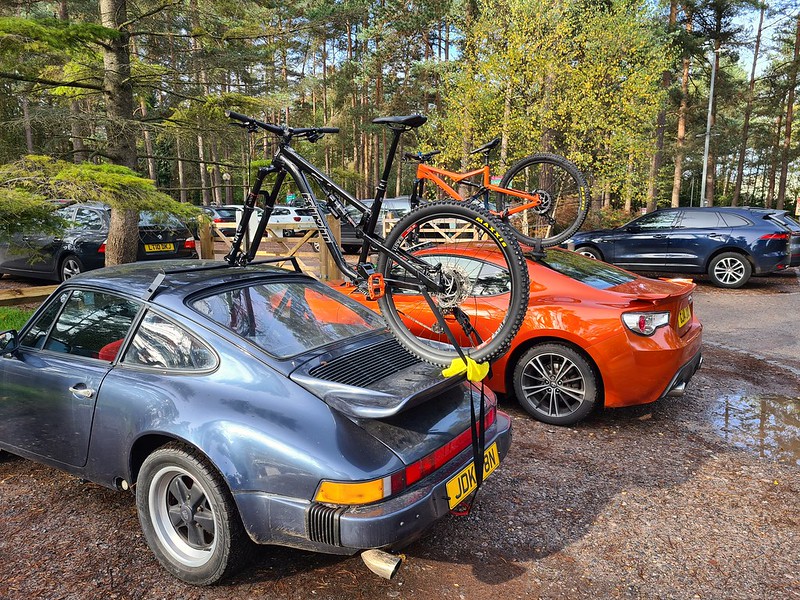 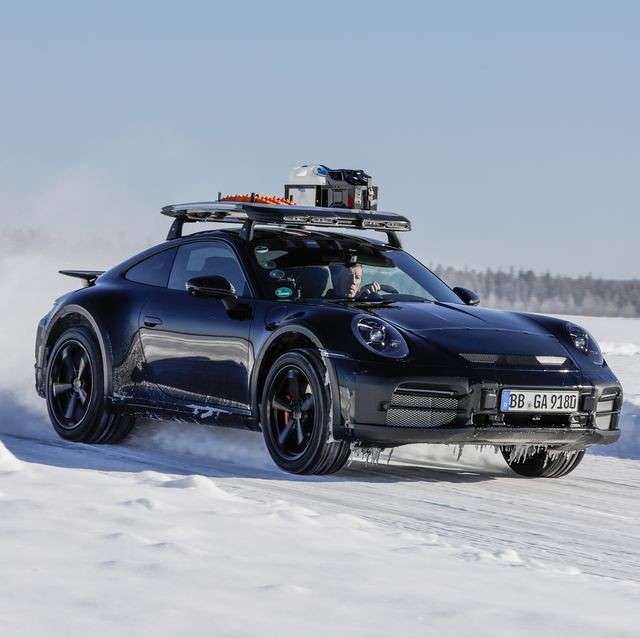 I'm sure I can produce a a more aesthetic roof rack with 25mm electrical Conduit from screwfix than they've managed though.

Thanks Rob,
I'd really like to give it a go myself but with so much to do on the car I think I'll get someone else to do it this time.
I'm sure that there will be some bits I find later to that might be a good opportunity.

I'm tempted to have a go at making some fibreglass tinware though, the EB motorsport stuff looks lovely but its £1200 a set,
I'm not sure if Roger Harridine is still making it.

I'm pretty sure Barrie (904GTS) makes it, worth dropping him a line

Thanks for that, I'll drop him a line.

Finishing modifying and repairing bits before my next media blasting session. 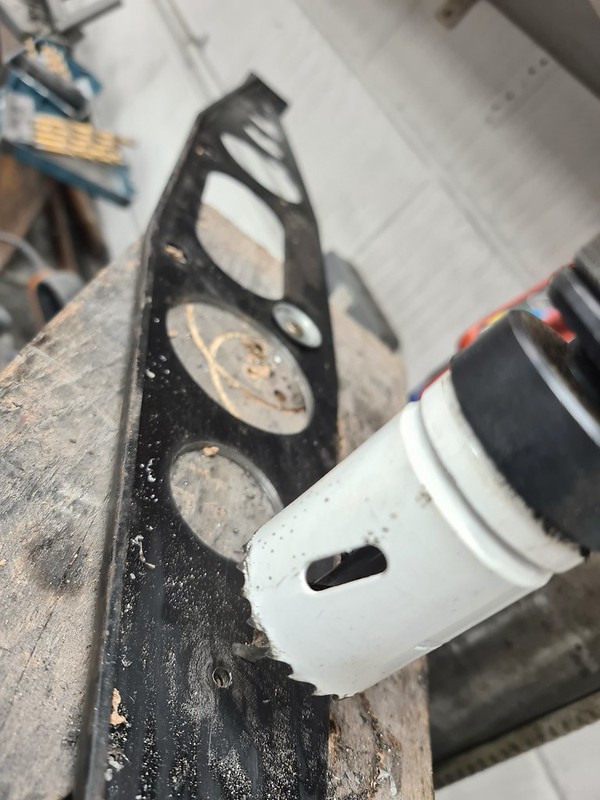 Not sure why this had a lump chopped out. 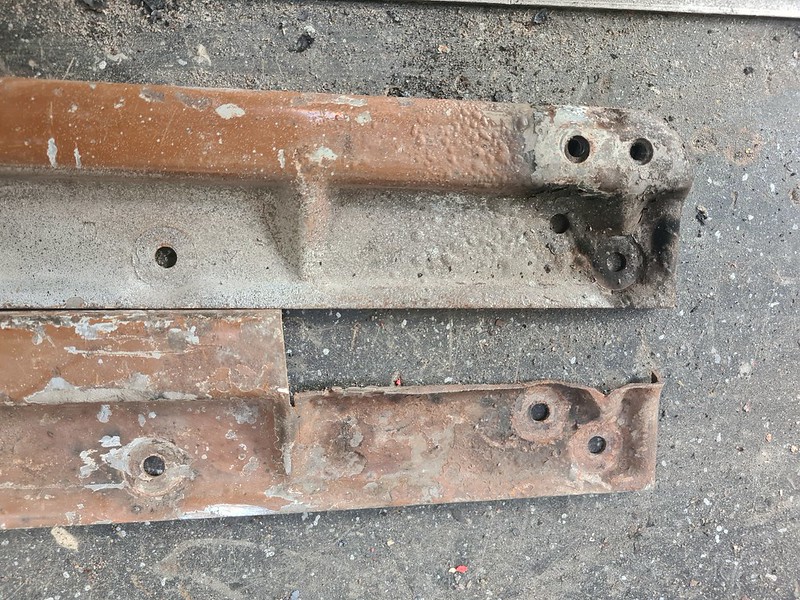 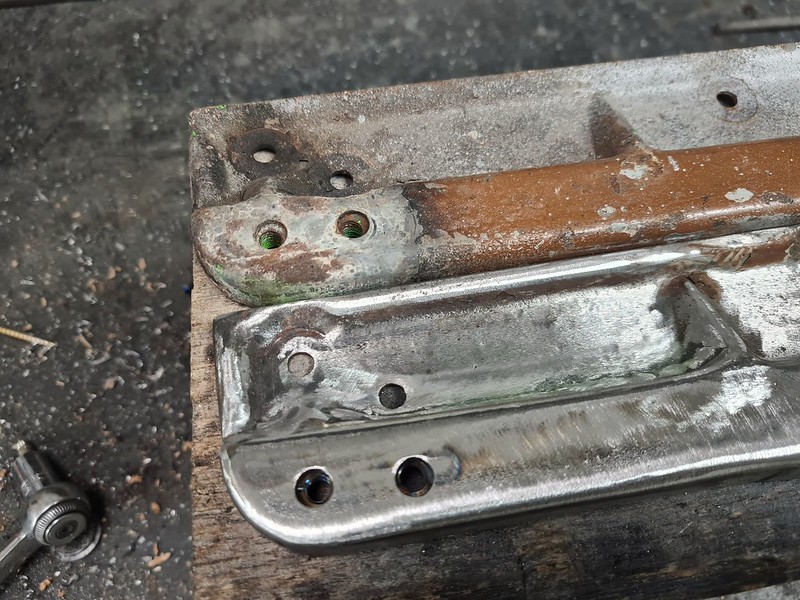