Has anyone got or used one of these. I've looked at them before but can't make my mind up. They seem a good idea.

Looks a good idea, but...
Is it flimsy?
Its quite a short section to be lifting a car in the middle.
With it up and tilted is it failsafe? You wouldn't want it to tip back over you if you were under the high end.

IMHO really not good. Thing would be wobbling all over the place as soon as you pull on a spanner?

See your point there Guys. It's rated upto 1500kg so surely it couldn't be that bad?
Rich

mdmax72 wrote:See your point there Guys. It's rated upto 1500kg so surely it couldn't be that bad?

I have a 2 ton trolley jack that can't lift my unladen van (1800kgs) while empty. It will however lift both of my cars and it's only a few months old.

The max safe lifting weight is always something i'm dubious about. The lift in question just looks to basic in it's design and construction/operation to feel safe with a 1500kg load on it for prolonged periods of time.. As previously mentioned try before you buy. The last classic car show at the NEC i went to had a vendor with numerous lifts on display to get a better idea about what you're buying.
1974 Porsche 914
Top

They had them on dem/display at the TR annual rally and they were very effective and rigid, so I'd guess the only question is whether the metalwork obscures what you want to get to on your car. I suggest you go and see one and check that it does the job you want before buying it.
Top

Ask the vendor if the product is CE marked. Don't buy it if it's not. If it is, ask for the test report.

Believe it or not, the manufacturer has a duty to provide the evidence of testing on any product with a CE mark.
Jonny

Good points to consider. Looking at their location, I'm not far from them. I'll take a trip over and have a look with the comments in mind above.
Rich

..takes a bit of practice finding the right lifting point on the car, and is a bit of a ballache to lift the car up as I only have a black and decker type drill.. End up lifting the weight a bit then doing the rest by hand. I'm sure if you have a bad ass sds drill or something it would be fine

I completely rebuilt the front and rear "axles" on my track car using one, plus used it to manipulate the car while I stitch welded the shell and sorted out brake and fuel lines, fuel tank, etc. Etc..
More recently used it to remove and re install the engine on a mates vw camper - was a doddle

I thought I'd resurrect this old thread with some recent personl experience ...

I managed to acquire one of Automotec's adjustable tilting lifts a couple of weeks ago at a significant saving - it's the 1500kg capacity version & although advertised as 'used' it had in fact only been assembled (in the narrowest configuration) & 'tested' so was still in 'as new' condition.

The first thing that surprised me when I collected it was just how heavy/sturdily-built it was - it weighs ~ 85kg.

The main intended use for it was for some planned work on my Fiat Abarth later in the year but in the meantime I thought I'd test it out on my Elite.

However, lifting the Elite via the sills requires a bit of extra care since, being of monocoque (& all fibreglass) construction, the load needs to be spread along the whole length of each sill - in this case by means of some hefty 6in x 2in timber (topped with some EVA foam to protect the grp).

This, in turn, meant that there was now insufficient ground clearance to slide the tilting lift plus load-spreading boards under the car, so it had to be raised up onto ramps first.

Raising/lowering the car via the lift was fairly easy - I used an old heavy duty Bosch drill - & the car was very stable. 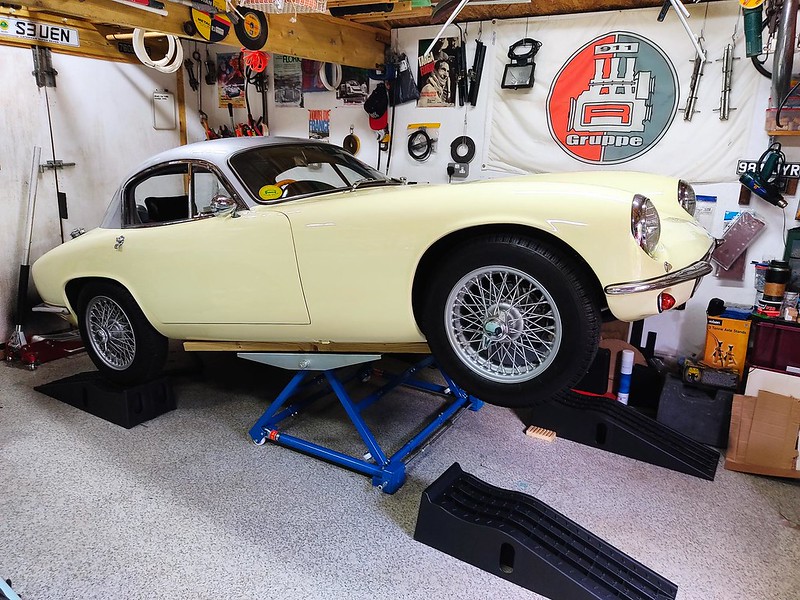 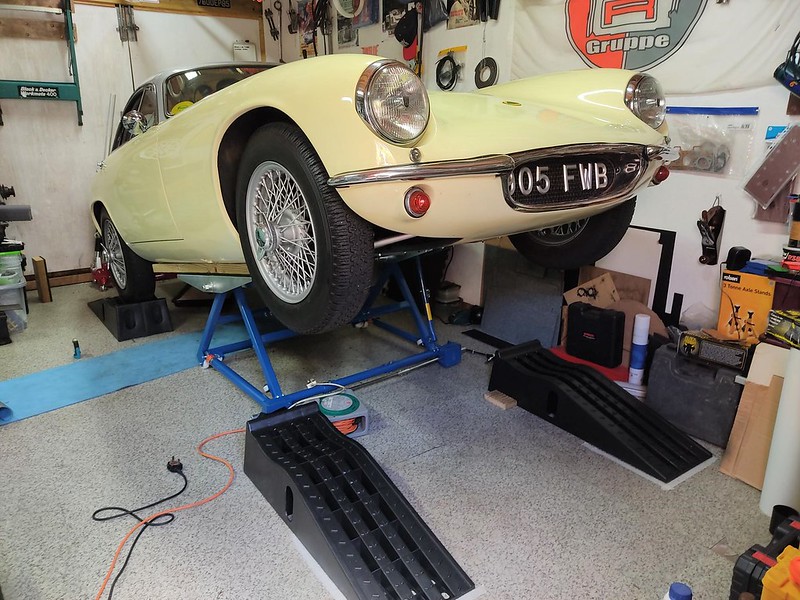 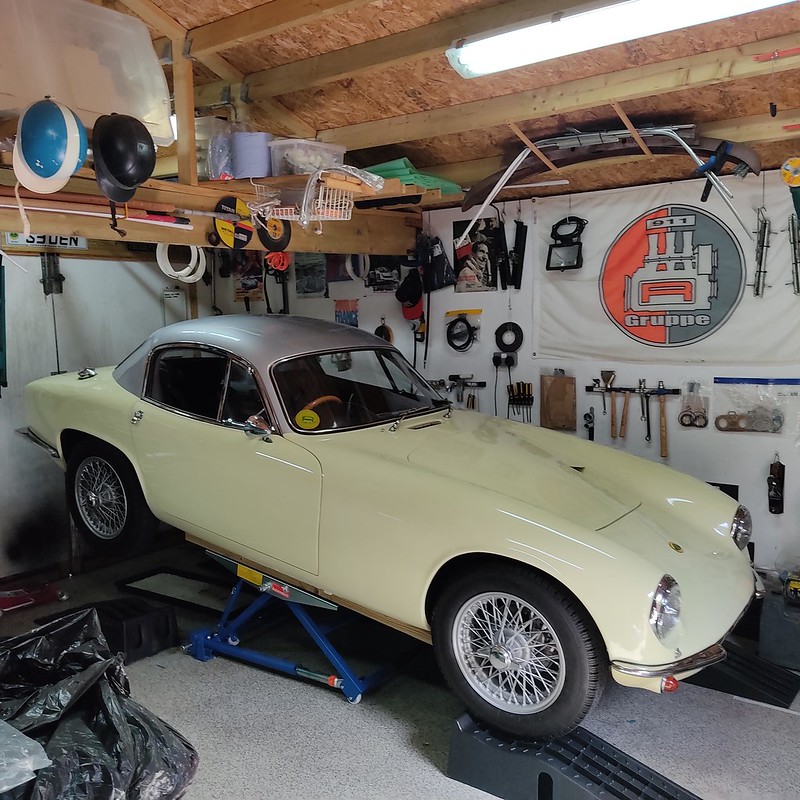 
With the car up in the air, it was totally stable - something that I had beens apprehensive about.

Access under the car was far greater than using steel ramps or trolley jack/axle stands.

It takes a bit of trial & error to find the best (forward/rearward) position for the pivot point.

Admittedly this set-up isn't a patch on a 4-post lift or high-rise scissor lift - but at the same time it's portable & a fraction of the outlay.

I realise that a front-engined 600kg Elite is vastly different to an early 911/912 but on initial impressions one of these lift's is certainly worth considering ...

Thanks for sharing that Andy.
The simple things you see are all complicated
I look pretty young but I'm just backdated yeah
Top

Thats is indeed interesting. I've never been sure about the car 'wobbling' about on the sands while heaving on a big bolt with a breaker bar..